“Namibia is a country that is primarily arid to semi-arid, as is about 30% of the globe. How can sustainable development take place in such environments? The Desert Research Foundation of Namibia was established to support research but also to address sustainable development throughout arid lands. The DRFN tackles issues ranging from water to energy to land from a human and a basic biophysical perspective, as well as undertaking awareness and capacity building necessary to support this approach” 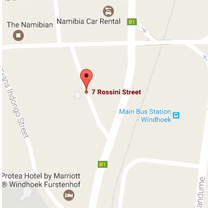